Move aside, Tyler Perry! Lee Daniels and the cast of Fox’s Empire are the hottest things on TV. The acting, the music, and the drama are the black, adult version of Glee. In an age where there are so many negative images of black men, Empire introduces the world to men who epitomize power- the mogul (Lucious), the professional (Andre), the pretty boy (Jamal), and the rebel (Hakeem). Top that off with Mama Cookie, a woman who doesn’t bite her tongue, and you have a spicy recipe for success!

As I watched the first few episodes of Empire, I wondered why higher education isn’t sexy like the music industry or Hollywood. Where’s the behind-the-scenes Timbaland dropping sick beats that make you want to leave your six figure job to intern (for free) at a record label? What would happen if I walked in my engineering classroom wearing a jet black, waist-length wavy weave and a pair of 4 inch animal print stilettos? Could I maintain my credibility as a professor while still displaying fierce personality and style?

Although higher education isn’t quite ready for the “ratchet” behaviors that are somewhat commonplace in Empire, there are lessons to be learned from the Lyon family. “The Dr. Monica Cox” (as my former assistant’s daughter calls me), the professor who overanalyzes everything related to pop culture and life, is breaking down what to do in higher education or any other profession when you meet people who possess the characteristics of America’s newest sweethearts, the Lyons. 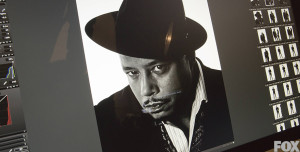 WHO HE IS
Lucious put his hand to the plough to build his musical empire. One who doesn’t believe in handouts, he attended and graduated from the School of Hard Knocks. Since it worked for him, he thinks that it should work for others too.

PROFESSIONAL APPLICATION
The Traditionalist wants things done the way that they’ve also been done. If there is a process in place to get a result, he thinks that this process must be followed to guarantee success. He must remain in control at all times. If you have to work with him, it’s best to understand your true identify before your interactions. Be steadfast, and do not let him discourage you, since he has a viewpoint that might not change. Although The Traditionalist may not see your dreams or potential at first, never forget that your dreams are valid. 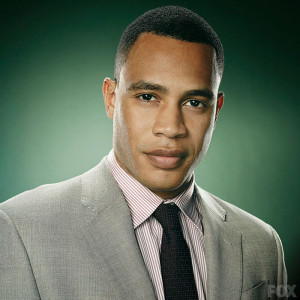 WHO HE IS
Andre is insecure. Instead of believing in himself and gaining success based on his own merit, he feels the need to sabotage his brothers to acquire a position that he wants. His constant need to scheme and to manipulate keeps him in a continuous state of unrest.

PROFESSIONAL APPLICATION
The Schemer is the person who often says one thing and does another. Instead of trying to rationalize why he is the way that he is, use your energy to create strategies that help you to stay positive. You can only control your actions, not his. Use wisdom in your dealings with The Schemer, and make sure that you do not stoop to his level during your exchanges with him.

WHO HE IS
Jamal is a great talent. He has been knocked down by life and by those around him so much that he doesn’t walk in his absolute awesomeness. Embodying the Impostor Phenomenon, Jamal stands out in a crowd. No matter how many times others compliment his greatness, his insecurities remain.

PROFESSIONAL APPLICATION
Jamal harms himself much more than he harms others. Since The Impostor does not have the confidence that he needs, he has to be assured of his abilities constantly. This can be frustrating for leaders or team members who do not have the time or the patience to remind The Impostor how much value he adds to the world. Since The Impostor is often a valuable member of a team, leaders should offer him constructive feedback that reinforces his skills while encouraging him to be more confident in his abilities. 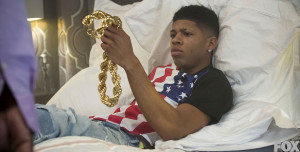 WHO HE IS
Hakeem has to learn lessons the hard way. People tell him about ways to avoid trouble, but he ends up figuring things out by trial-and-error. Constantly showing up with bumps and bruises, he is a curious cat who acts before he thinks fully about the consequences of his actions.

PROFESSIONAL APPLICATION
Hakeem is the person who is going to do what he wants to do. You can create processes and plans, yet he will do it his own way. If you supervise someone like Hakeem, you have to know that he is a loose cannon. He answers to no one. Unless you become comfortable with the fact that you might always be uncomfortable, The Delinquent has the potential to subtract years from your life. If you are a collaborator with The Delinquent, stay on your toes and cover your tail. 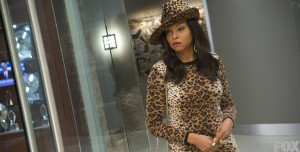 WHO SHE IS
She is the person who wants what belongs to her. Although forgiveness frees the people who forgive, Cookie doesn’t care about this principle. She will fight to get what belongs to her until no one is left standing. Bitterness is a way of life for her, and she is a tornado who will destroy everything and everyone in her path.

PROFESSIONAL APPLICATION
There is no rationalizing with The Avenger. No matter how much you explain how life might get better for her, she will not be convinced of this. This person is the consummate pessimist.  When working with her, remember to end the conversation on a positive note and do not allow her to kill the morale of your team.

Although the average person’s life might not ever be as exciting as the Lyon Family’s lives, we should be thankful that we don’t have to encounter all of their personalities at once. The next time you feel the need to complain, walk to a keyboard, put on a tight t-shirt, imagine that Timbaland is your personal producer, and sing your troubles away with no apologies.