The Importance of Character in Leadership

Over the past few months, I’ve been somewhat obsessed with character in leadership. One of the key books that has framed by thinking about this topic is Myles Munroe’s Power of Character in Leadership. Although I’ve attended numerous higher education leadership training programs, I admit that character is a topic that I’ve never heard covered. As a Christian, I obtain some teaching about character and moral development within ministries that I have attended. From a professional perspective, it seems that the topic of character is perceived to be too “preachy” in traditional workplaces. For this reason, I want to present lessons that I have learned about character development and from Dr. Munroe’s teachings. 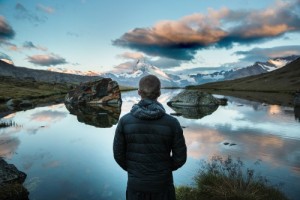 This means that no matter how charismatic you are, if you say one thing, and do another, your character is questioned and questionable. For many people, individuals don’t realize that actions and words may differ until they work intimately with someone. In our society, it’s easy to agree with wrong actions when money or some other reward is attached to it.

I found this out via my collaboration with a public figure. This person has worked with Oprah Winfrey and is visible in numerous ways. To the outside world, his words are truth, but the people closest to him know that he alienates people and is somewhat selfish, particularly if he perceives that he is not getting the biggest chunk out of a collaboration. Despite the way that he treats and discards people who challenge him, these people remain connected to him.

Initially, I was upset. I thought that if our team banded together and called out his crazy behavior, he would stop being such a bully. I realized, however, that the people who know about him will never confront him about his weaknesses. As a result, they continue to remain connected to him with (possibly real?) hopes that he will open big doors for them. My study on character, however, predicts that he will not change. If he is not called out by someone, he will continue to treat people the same way, and this is very sad.

(2) You are consistent regardless of context.

Whether it is Monday or Sunday, at your core, you are the same. This means that people know who you are regardless of context. If you believe something, this is evident in what you do and what you say.

I believe that one of the reasons that so many people adore the Kardashians is that you know what they are about- glamour, fame, and money. They are not trying to be preachers or school teachers. They are celebrities, and everything that they do reflects that.

Character is the same way. People want that same predictability in their professional lives. When a decision needs to be made, people know you are either going to be a leader who is fair or unfair, transparent or closed. You are who people perceive you to be, and this perception is based on your character.

(3) Principles mean more to you than being popular.

We live in a society where the currency of acceptance is social media likes. The more Facebook likes you have have, the more people agree with what you have said. To many people this then connects back to one’s value as a person. The same applies to Twitter or Instagram followers. The greater the number of people who follow you, the greater the “influence” that you have over others.

What if you chose to post something that challenged the majority of your followers’ opinions? I did this very thing by challenging the actions of members at a diversity team at my university. Although many minorities wanted to support a women of color in leadership because there are so few of us at the university, this woman did little to no work (in my opinion). She was a bully who dictated to others and who was not accountable for her actions. As a result, people inside and outside of her organization knew that her leadership skills were subpar. Few people, however, were willing to call her out about her behavior. As a result, overall diversity efforts suffered, and faculty of color attrition reached an all-time high.

What if, instead of whispering behind closed doors about problems and her poor leadership skills, people had boldly approached this woman? If she would not listen, this would be no problem. The principle behind that position is to enhance efforts to increase the representation and experiences of diverse groups in the organization. She reports to someone. That person reports to someone. Character means that someone or a group would not have stopped until diversity efforts were improved for all, with or without this woman. Unfortunately, popularity got in the way of principle. This woman left her job. A new leader completely restructured her organization and diversity efforts. Today, people are no better off than they were before her departure. A focus on character could have possibly retained numerous jobs, maybe even hers.

(4) You will lay down your life for what you believe.

My initial reason for starting this blog was to speak my truth. I realized that in organizations, it is easy to be a person of character and to approach someone who does not agree with what you say and doesn’t want to address deeper issues that you present to him/her. I can’t begin to tell you how many e-mails have gotten “lost” and how many people haven’t responded to my concerns. After all, it is easier to pretend that you never saw a problem than to  address the problem head on.

Anything that I write is something that I will talk about to a person’s face. Ask me a direct question, and I’ll give you a direct answer. If you misunderstand my words or intentions, that’s not my problem. As a human being, I have a right to express my views and my character. If someone disagrees, I’m okay with that. Be ready, however, to engage in a lively discussion about our differences.

In conclusion, my study on character in leadership is changing my life. My professional and personal circles are small, because of my views about character. If a person can’t remain the same regardless of what comes his/her way, I don’t want him/her in my inner circle. Sure, we can hang out, but beyond that, we are probably not going to connect. Give me someone whose “yea is yea and nay is nay” more than someone who is tossed about with any idea that is offered to him/her.

People will be drawn to you because of your character. Power without character is deadly, and we must make deliberate choices to develop our character every day.