Think You’re Cut Out to Be an Academic Entrepreneur?

I spent fall 2014 working with an entrepreneur who I met at an academic conference in 2013. After what seemed like an initial match made in heaven, I soon learned the difficulties associated with being an academic and working with someone who spoke a completely different language from me- the language of business and entrepreneurship.

While I, as a professor, had spent the first 10 years of my professional life focused primarily on people development, professional development, and the production of scholars, my entrepreneurial colleague, a social media expert, focused on making money and convincing people that he could make their dreams come true. Although our collaboration ended abruptly and on a rather shaky note, I learned valuable lessons that I want to share with anyone who has a passion for education and people but wants to pursue entrepreneurial pursuits while maintaining a day job as an academic. 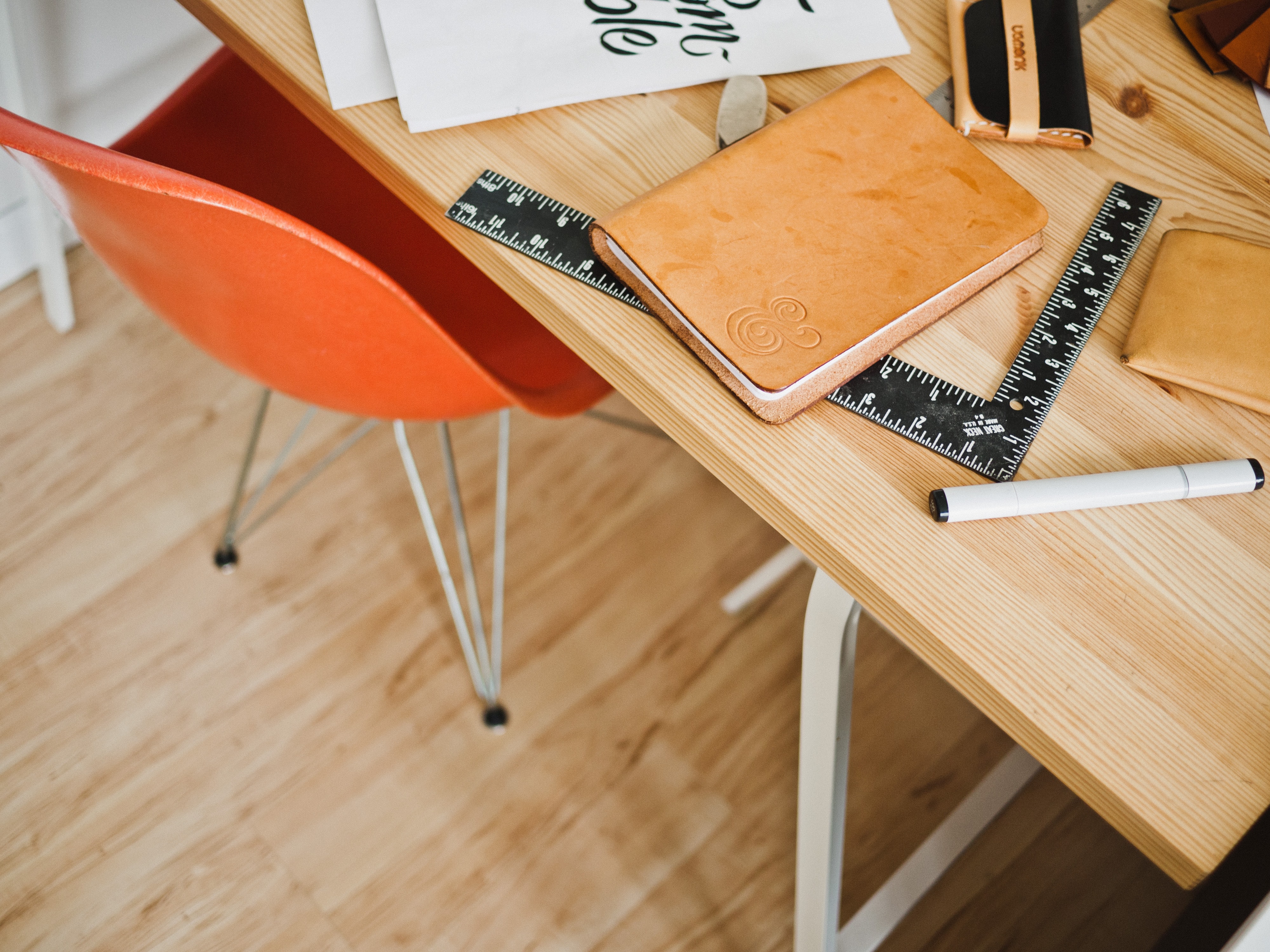 Be explicit about the expectations for both parties within your entrepreneurial collaboration.

As a professor, I am used to individuals being somewhat equitable regarding their intellectual contributions. Each person obtains benefits that helps them in their intellectual pursuits. For example, if I am working on a project, I should be able to publish my findings and support my graduate students financially. A traditional entrepreneur, on the other hand, might be more focused on making money from a project and for having rights to expand aspects of the business for future profitability. I realized too late that my collaborator and I did not see eye to eye about compensation, project recognition, and intellectual property rights.

Confirm that you are compatible with that person BEFORE you start working with him/her.

Almost everything that I valued (e.g., open communication, transparency, equality between men and women) was opposite of my collaborator. Like a terrible dating relationship, I realized that I hardly liked anything about him as a person, especially his work style (i.e., I would do most of the detailed work, and he would do big picture work) and his entitled, egotistical attitude.

On my engineering education research team, I am the big picture person. On this project, however, I found myself completing tasks that I didn’t enjoy, engaging in activities that did not utilize my skills as a professor with a Ph.D., and feeling as if I was “babysitting” an adult who was used to doing what he wanted to do when he wanted to do it and who was not willing to compromise in the roles and responsibilities in which we would engage on the project. He was always the (self-appointed) boss, and he didn’t seem comfortable allowing others to lead the team even when he lacked the skills to lead effectively.

Being a reliable member of a team is very important to me. Unfortunately, I felt that although he appointed himself as the leader, he often didn’t demonstrate leadership skills that were important to me. His schedule seemed to supersede everyone else’s although other members of the team had full-time jobs and obligations as well. In his eyes, his projects and business were most important, and if he had to drop the team or abandon his leadership responsibilities on this project to engage in his own interests or on other projects, he would do it with little to no regard for others’ schedules, preferences, or feelings. In addition, obtaining an apology from him was like pulling grizzly bear teeth, although he expected apologies for every occurrence that offended him.

Over time, I perceived these occurrences to be inconsiderate and disrespectful, and I found myself resenting him. Unfortunately, the only way that I felt that I could get him to take the tasks on our project seriously and to be the leader that he said he was was to provoke him (e.g., Call him out for being selfish, or Remind him to not be an absolute diva).

Finally, generosity and graciousness are important to me. Countless times, I wanted to reward our team with gift cards or kind gestures. Most, if not all of my requests, however, were ignored. After months of engagement to help his entrepreneurial dreams come true, I didn’t even receive a “thank you” card for my devotion. As a result of this lack of gratitude culture, I engaged in the project often feeling that there was an expectation that I would complete the tasks for the team with little to no regard about the sacrifices that I made in my personal and professional life for the project. The focus seemed to be on things, not on people, and this definitely did not align with my values and beliefs.

My collaborator told me that he had never had to sign a contract with anyone before me. He even implied that I was shady for wanting to obtain legal advice about our partnership. Um…that sounded a tab bit crazy and not like a good business practice, but I found an attorney and started identifying a way for us to clarify our roles on our project.

The most startling aspect of this collaboration was when he tried to offer me 10% equity in the project. Imagine my confusion when I was putting the majority of my time in a project (worth at least 40% equity and co-founder status in my eyes), and he “graciously” offered me 10% equity. In the academic world, 10% of your time might represent serving a few days on an Advisory Board or as a consultant but not as someone who worked on a project on a day-to-day basis for several months. I should have known that something was wrong when he did not initiate a conversation about how we would split credit or equity from Day 1. He was satisfied with my working during my sabbatical without thinking that I might want to have something more to show for my project than minimal equity and a title as his Chief Operating Officer.

Know when to walk away.

By April 2015, I realized that I had been in this collaboration about four months too long. My collaborator, who made himself the CEO of the project, was not the type of leader that I valued or wanted to follow. I found myself questioning what he was doing for the project behind the scenes, because he did not communicate all of his external project exchanges in details that I preferred. Given his demeanor and his character, I foresaw him taking most of the credit publicly for the project. This was confirmed partially when we had a crazy argument about my role on the project. Although he had not created a prototype or proof-of-concept before I started the project, I could not be called a co-founder. When I proclaimed myself to be a catalyst, all heck broke loose on the project, and I realized that the end of the collaboration was near.

Although he claimed that I had trust issues with him, I know that he had issues with me as well. In addition, I knew that I was penalized (possibly unintentionally) for speaking my mind about his leadership weaknesses, about my expectations for the team, and about ways that I would and would not operate on the project.

My breaking point occurred when my collaborator had what I would call a “tantrum” (resulting in his not talking or communicating with me for three weeks although we had serious work to do and a deadline) and “removed” me from the project after I offended him. He offered me a position on the project’s Advisory Board or said that I could communicate to him through another person. (First of all, I am a Christian, and if I can talk directly to God, I refuse to talk to someone else to speak to another person who thinks he is more important than he is.) This startled me and angered me given the fact that I had held the project together on more than one occasion as he engaged in his numerous business and social activities. Since our “break up,” I have promptly been unfollowed by him on Twitter. (Imagine if we had started a business, and after five years, I angered him, and he fired me just because!)

In conclusion, I admit that I am still healing from this collaboration and trying to feel that I didn’t waste my time working with a really selfish person who presented himself one way in person and another way behind closed doors. In the same way that he vetted me, I’ve learned that I need to vet people who are trying to lead me. I don’t work well with people who I perceive to not operate in a spirit of excellence and who (intentionally or unintentionally) disregard the feelings, contributions, and sacrifices for others’ brands. People who are never told that they have faults and are not teachable regarding those faults are VERY dangerous. Friends, if you don’t have peace about a collaboration, and someone’s actions always overshadow their words, pay attention to the actions. If and when you leave the collaboration, be thankful that you may have been protected from great grief in the future.